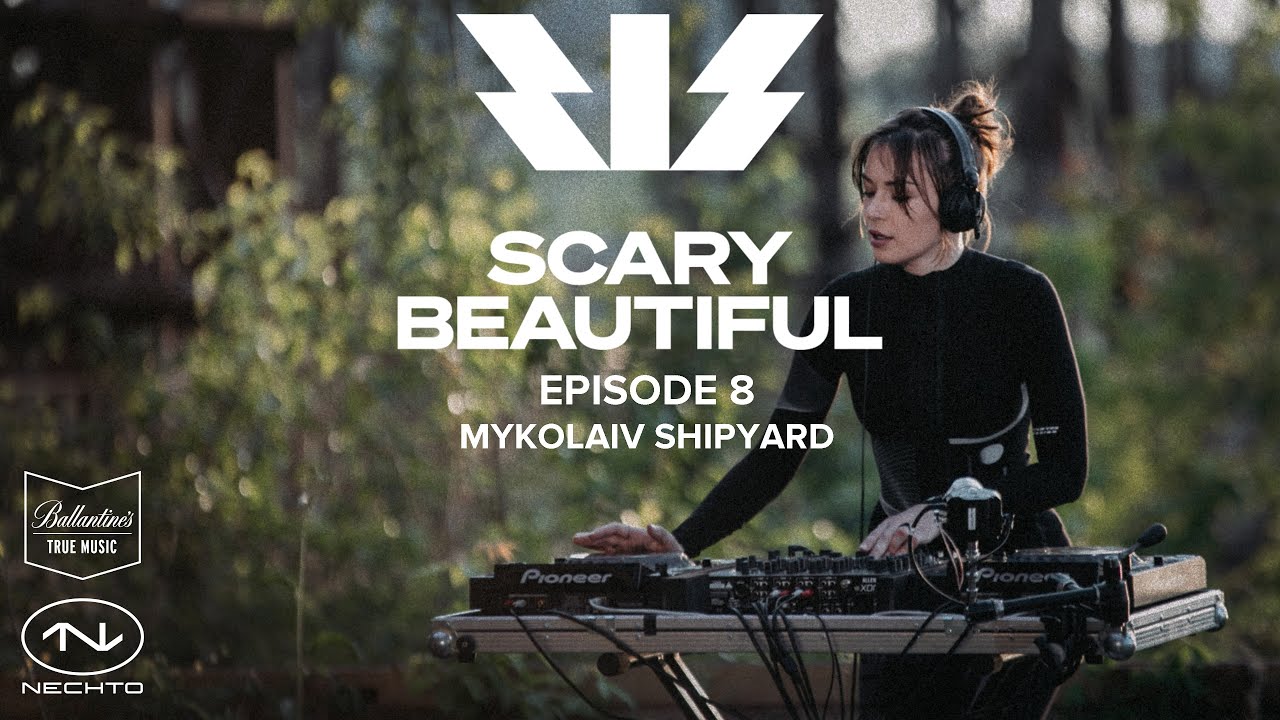 Scary Beautiful - DJ Nastia’s audiovisual project created in collaboration with Ballantine’s is back with new episodes and an exciting second season. Prepare yourself for a whirlwind of new music and hauntingly mesmerizing locations. For the third episode of the new Season, Nastia played a techno set at one of Ukraine’s largest shipbuilding plants - the Mykolaiv Shipyard.

Following Nastia and her mission to promote rising and promising underground artists, the DJ and label owner continues to share new underground music and has prepared a powerful techno mix (техно микс).

The Mykolaiv Shipyard is one of the largest shipbuilding companies located in Ukraine and it focuses on naval shipbuilding. The shipyard was founded in 1897. Over its lifetime, the company has built more than a thousand ships and vessels of various types and purposes. The shipyard was a multi-discipline shipbuilding facility that offered the serial production of vessels with a displacement of up to 120,000 tonnes

During its existence, the plant has experienced both victories and defeats, revolutions, change of power, and wars. Yet it always stayed true to its purpose - building ships. Unfortunately, the once prospering shipbuilding enterprise has been gradually deteriorating. The bankruptcy procedure, which began on October 26, 2020, makes the future of the ship industry giant quite vague. At the moment of filing for bankruptcy, the company was exceeding UAH 829 million in debt to creditors. With differing opinions, some authorities claim that shipbuilding at Mykolaiv shipyard is now a thing of the past, whilst Ukroboronprom sees a prospering future for the enterprise and claims to be currently working on resolving the economic crisis of the shipyard. Yet no matter what the future holds for the Mykolaiv shipyard - it remains a place of industrial beauty that both frightens and captivates. So enjoy a hypnotic techno ride accompanied by such scarily beautiful visuals.

Nastia will once again play a DJ set at each location which will consist of techno music (techno set, techno mix) consisting of unreleased tracks by Ukrainian and foreign electronic producers. Subsequently, the selected songs will be included as part of future LPs on Nastia’s label NECHTO.

"NECHTO released 5 releases of the first episodes of Scary Beautiful, and after the open call of the second season, I received 4 times more demo tracks than the first time. The project resonates with the public and continues to support the global music community, giving beginners a chance to present themselves in the world arena, ” says Nastia.

As the world is slowly getting back to normal during the pandemic, Nastia DJ continues to support the global music community and club music by exposing fresh and upcoming talents and revealing new underground techno. Nastia has been active in supporting the scene during the global lockdown and has collaborated with such platforms as Beatport, and has created her own projects True Talk and Scary Beautiful. Scary Beautiful is aimed to not only support new artists but also holds an objective of discovering our world anew and seeing it from a perspective that is so frightfully enchanting.