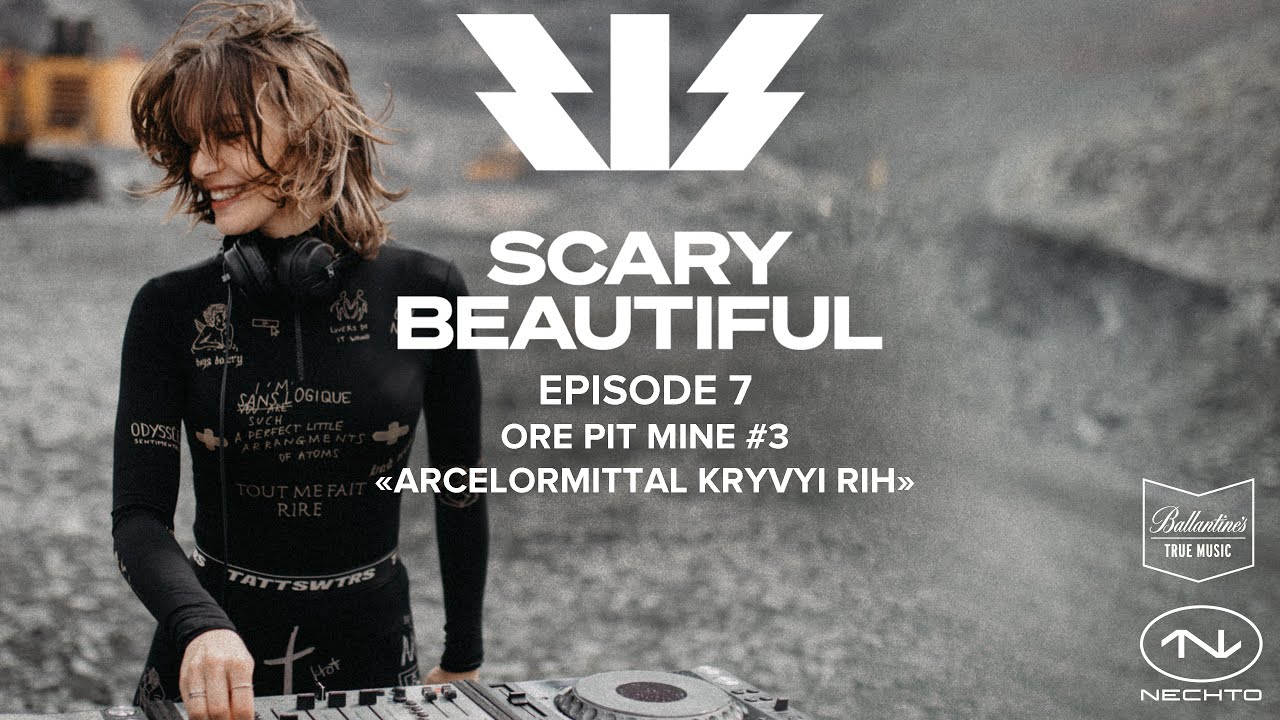 Scary Beautiful - DJ Nastia’s audiovisual project created in collaboration with Ballantine’s is finally back with new episodes and an exciting second season. Prepare yourself for a whirlwind of new music and hauntingly mesmerizing locations. For the second episode of the new Season, Nastia once again joined forces with the industrial giant “ArcelorMittal Kryvyi Rih”.

Following Nastia and her mission to promote rising and promising underground artists, the DJ and label owner continues to share new underground music and has prepared a powerful techno mix (техно микс). “ArcelorMittal Kryvyi Rih” - Ukraine’s largest full-cycle metallurgical enterprise. This time filming took place in a truly unique and hauntingly breathtaking location - the iron ore pit mine Quarry #3 of “ArcelorMittal Kryvyi Rih”. The company is part of the international corporation ArcelorMittal - the world’s leading producer of steel - from iron ore mining to steel production. The birth of steel begins in the open-pit mine where iron ore is mined with an iron content of up to 32%. Afterward, it is enriched in ore beneficiation plants, and iron ore concentrate gets extracted leaving it with an iron content of more than 65%. Then cast iron is smelted from semi-finished products and other raw materials in blast furnaces, which becomes the basis for the production of steel - the most common material in the world.

The iron ore reserves in the company's two quarries will last for several decades. The #3 iron quarry supplies more than 14 million tons of iron ore per year.

The total area of the mining and processing production in ArcelorMittal Kryvyi Rih (Арселор Миттал) is 4084.9 hectares of which the quarries take up 648 hectares, while the external waste dumps are 1119 hectares, the tailings - 863 hectares, and the industrial site - 822 hectares of land.

ArcelorMittal Kryvyi Rih is the leading exporter of iron in Ukraine. 85% of finished products are transported abroad. Ukrainian steel is becoming the basis of structures in 65 countries around the world, in all climatic zones of Earth.

Modern and reliable infrastructure facilities around the world are being built from “ArcelorMittal Kryvyi Rih”’s steel: the Flame Towers skyscraper complex is the national symbol of Azerbaijan, the world's tallest skyscraper Burj Khalifa in Dubai, the Olympic National Sports Complex, and the new terminal D of Boryspil International Airport in Ukraine, as well as the Shelter facility - a protective sarcophagus over the fourth power unit of the Chernobyl Nuclear Power Plant.

Nastia will once again play a DJ set at each location which will consist of techno music (techno set, techno mix) consisting of unreleased tracks by Ukrainian and foreign electronic producers. Subsequently, the selected songs will be included as part of future LPs on Nastia’s label NECHTO.

"NECHTO released 5 releases of the first episodes of Scary Beautiful, and after the open call of the second season, I received 4 times more demo tracks than the first time. The project resonates with the public and continues to support the global music community, giving beginners a chance to present themselves in the world arena, ” says Nastia.

As the world is slowly getting back to normal during the pandemic, Nastia DJ continues to support the global music community and club music by exposing fresh and upcoming talents. Scary Beautiful is aimed to not only support new artists but also holds an objective of discovering our world anew and seeing it from a perspective that is so frightfully enchanting.